These grants support early career faculty research in science and engineering. More information can be found on the DoD Opportunities for Early Career Faculty page, or by visiting agency webpages:

Sponsored by DoD research offices, the MURI program addresses high-risk basic research and attempts to understand or achieve something that has never been done before. It supports basic research in science and engineering at U.S. institutions of higher education that is of potential interest to DoD. The program is focused on multidisciplinary research efforts where more than one traditional discipline interacts to provide rapid advances in scientific areas of interest to the DoD.

Getting Your Foot in the Door at DoD

Notes from a lunchtime panel of Cornell faculty who have a long history of DoD funding success and a wide range of programmatic experience with DoD (Feb 2016).

The following documents are from a June 2018 presentation by Lewis-Burke Associates LLC.

How to Engage with the AFRL Research Ecosystem Webinar

Hosted by the Basic Research Innovation and Collaboration Center (BRICC) in June 2020, this webinar was a LIVE virtual event for universities interested in working with the Air Force Research Laboratory (AFRL). The event provided a great opportunity for university researchers and administrators to learn how to do business with AFRL - from basic to applied.

Research funding opportunities can be found in the Resources section further down this page. Upcoming events are listed in the Featured section. 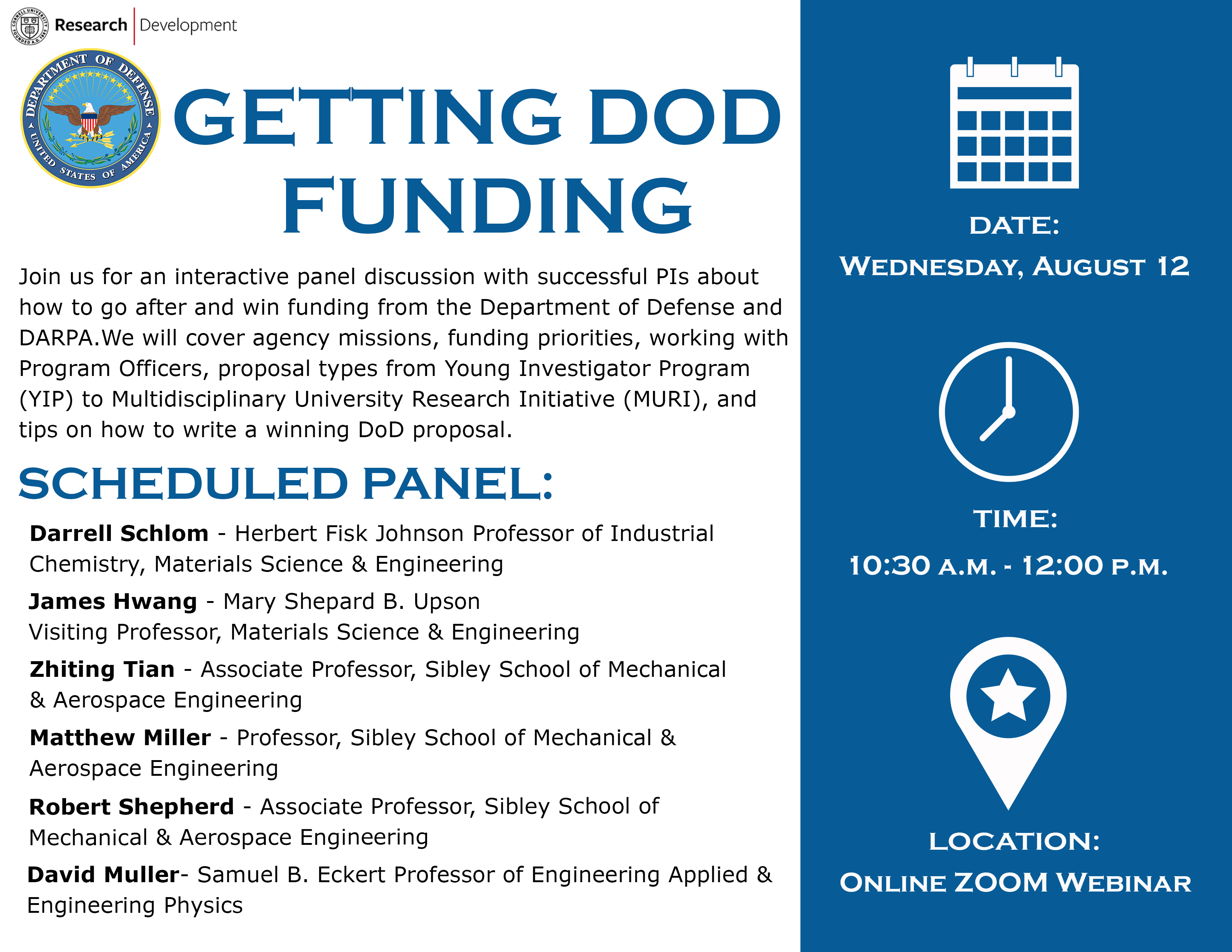