As of October 2016, institutions participating in this program are no longer required to complete the Cornell OSP Subcontractor Commitment Form when proposing to participate in a Cornell project as a subrecipient. Instead, participating institutions need only to provide project specific data (Subrecipient PI name, project period, total amount requested, cost share amount, authorized signature, compliances, etc.) via a Letter of Intent/Commitment (Sample LOI Template). A list of participating program organizations can be found at the FDP Expanded Clearinghouse Program website.

Use the decision tree below to determine the documentation required of each potential subrecipient. 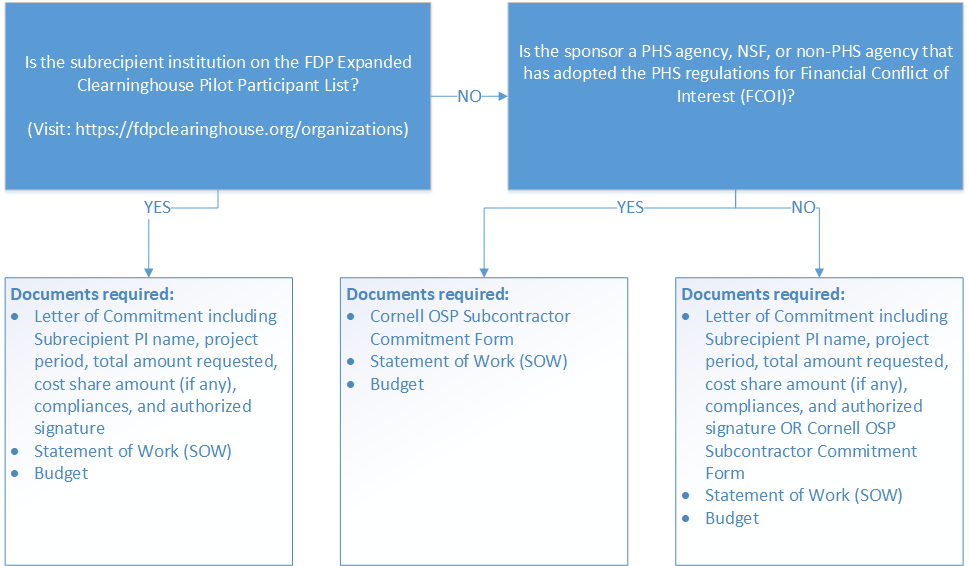 Documentation Requirements when Cornell is a Subrecipient (Incoming Subawards)

Please contact your Grant & Contract Officer (GCO) with any questions or for additional information.

Subawards in a Proposal

Payments to Subrecipients on Sponsored Projects